During the coronavirus outbreak John with the support of Intelect has been taking time out to put extra volunteers in the front line with his SJA colleagues helping out communities.

How does it feel to volunteer with St John during the coronavirus outbreak?

I’m more than happy to assist, I want to be there on the giving support and hopefully making a difference. We are often asked, “Why are you doing this, your only volunteers?” Always my reply is, “It’s what we do”. I have the support of my family who worry just the same as everyone, but with the added worry of my direct contact outside the safety of our home.

How is St Johns Ambulance helping our communities during the coronavirus outbreak?

The COVID - 19 pandemic has brought St John Ambulance to the front-line. The help St John is giving the ambulance service means ambulances can be sent to patients more quickly. With COVID, things can deteriorate very quickly so it’s really important for us to take some of the burden from the NHS crews, who are already suffering from staff absences.

As trained emergency transport attendants, we where expected to put our training into practice, supporting NHS trusts by working side by side with the ambulance trusts. Up to date St John Ambulance has provided almost 17, 000 hours of crewed ambulances across the country, covering 999 calls and seeing people scared, emotional and shattered through loss.

What’s been the most rewarding part of the experience?

The normal day to day for a SJA volunteer, is covering community and sporting events, with the significance being that our trained team was there to help a casualty in their time of need. I have had the privilege to be part of such a team, that on two occasions it has made the difference between a life lost and a life saved. These are the circumstances we strive for and train to deliver.

How has your St John training prepared you for the fight against coronavirus?

I have volunteered for St John Ambulance for the past five years, gaining qualifications as a first aider through to my current role as an emergency transport attendant. The importance of continuous development is paramount keeping your clinical skills sharp and up-to date.

I am grateful for the support of my employers Intelect UK, who’s generosity shown to St John Ambulance, has helped the NHS to help all.

Please stay safe by following the guidelines and we will all get through this together.

At an uncertain time where we are seeing unprecedented changes happening daily across the world, we want to reassure our valued customers that we are on hand to help provide them with business continuity measures, should they be required.

With our knowledge in the food and beverage manufacturing industry stretching over 20 years, as well as having a dedicated department for the utilities sector, we want to remind our customers operating in these industries that we have the knowledge and capabilities to provide specialist support at this challenging time.

By now, many businesses are likely to be feeling the strain that COVID-19 is having on all industries and sectors. As a business, we feel it is only right that we come together to overcome these difficulties.

Here at Intelect, we want to work with our customers to offer our services in these times of need to ensure business continues, especially in vital industries such as food and beverage manufacturing and utilities, which are specifically critical at the moment.

From now, and for the foreseeable future where possible, we will be providing our existing customers with the following services to ensure business continuity:

The wellbeing of our staff remains a priority, with regular communications and an online portal being set up to ensure that we can support them as best as we possibly can. We are adhering to all Government advice, and we are regularly consulting the WHO (World Health Organisation) for further updates.

We will continue to monitor developments closely, and check, modify and update our plans in accordance with Government advice. Our customers can remain informed by visiting the ‘News’ section of our website, as well as via direct communications.

Should you have any further questions, or if you would like to make an enquiry, please do not hesitate to contact the main switchboard on 01642 878784. A member of our team will then direct you to the most appropriate member of the management team. 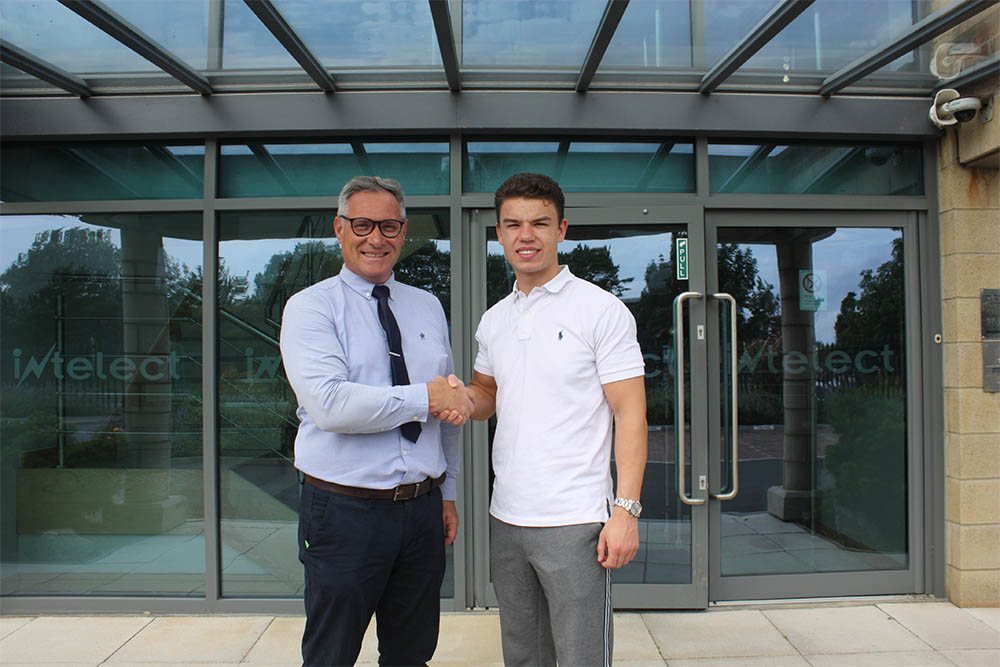 Aspiring Pilot, Paul Stephenson from Eston, Middlesbrough, has received vital funding from Middlesbrough-based engineering company, Intelect, to help him towards achieving his dream of becoming a Commercial Airline Pilot.

Earlier in the year, Paul, a former award-winning RAF Air Cadet, was offered the opportunity of a life time - a partial scholarship to complete his Air Transport Pilot License in Dundee, Scotland.

Despite the partial scholarship removing some of the financial burden that Paul would face, financial circumstances in his personal life meant he would still struggle to find the remaining funds to cover the cost of his exams and other expenses.

Not wanting to give up on his dream, Paul’s grit and determination shone through, and he took the chance and moved to Scotland, where he began his training with premier flying school, Tayside Aviation.

Knowing how much flying meant to him, while he was away, Paul’s family and friends began drumming up support to help him through his qualifications, with some of them even completing the Yorkshire Three Peak Challenge as a way of fundraising.

After hearing about his successful achievements with the RAF Cadets on the radio earlier in the year, where he received the ‘Flying Excellence Award’, and seeing that his family and friends were trying to raise funds to help him, Managing Director of Intelect, Fran Cormican, reached out to Paul.

“As soon as I heard that Paul was in need of support, I instantly wanted to help him. His passion and determination about flying comes across in everything that he does, and I firmly believe that his financial situation shouldn’t hinder his ability to do what he loves” said Fran.

Intelect’s £1,000 sponsorship will contribute towards the payment of 14 compulsory exams that Paul has to sit, and pass, in order to achieve his license. Each exam comes at a cost of £73 and must be sat in London at three separate intervals throughout the first-year of his three-year course.

Speaking to Paul about his journey, he said, “Since the age of 13, all I have ever wanted to do is become a Pilot. The RAF Cadets have played a huge part in my development as a person, and in my Pilot career, and I cannot thank them enough for the opportunities they have given me – I wouldn’t be where I am today without them.

“The continuous support of my family, friends, the RAF Cadets and now local businesses makes me even more determined to achieve my dream, and it’s now becoming a reality before my eyes with the help of Tayside Aviation.”

“Intelect’s support has lifted a huge financial burden off my shoulders, allowing me to focus solely on passing my exams. Never in my life did I expect this to happen to me, and I will be eternally grateful to everyone who has helped get me to where I am today” he continued. 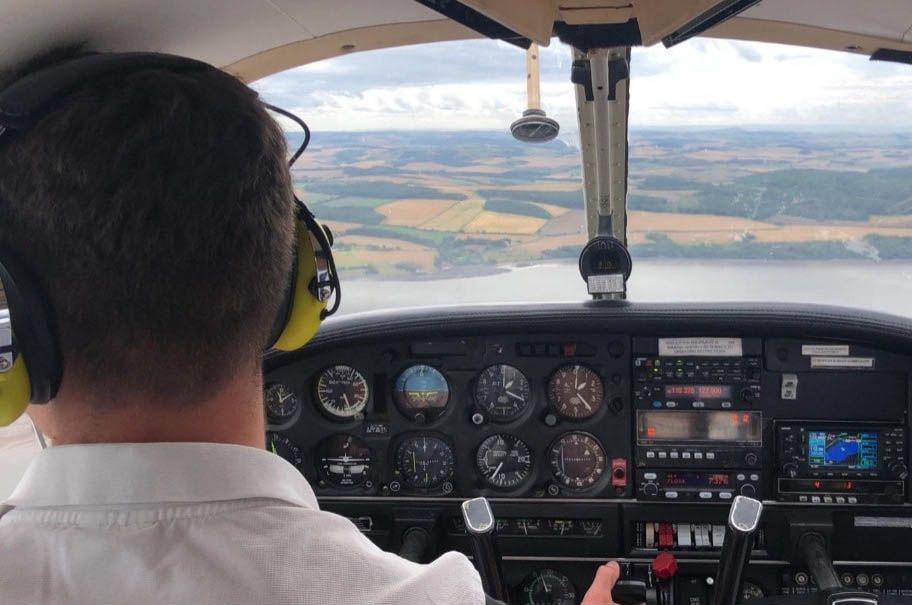 "Since the age of 13, all I have ever wanted to do is become a Pilot."

Any cookies that may not be particularly necessary for the website to function and is used specifically to collect user personal data via analytics, ads, other embedded contents are termed as non-necessary cookies. It is mandatory to procure user consent prior to running these cookies on your website.