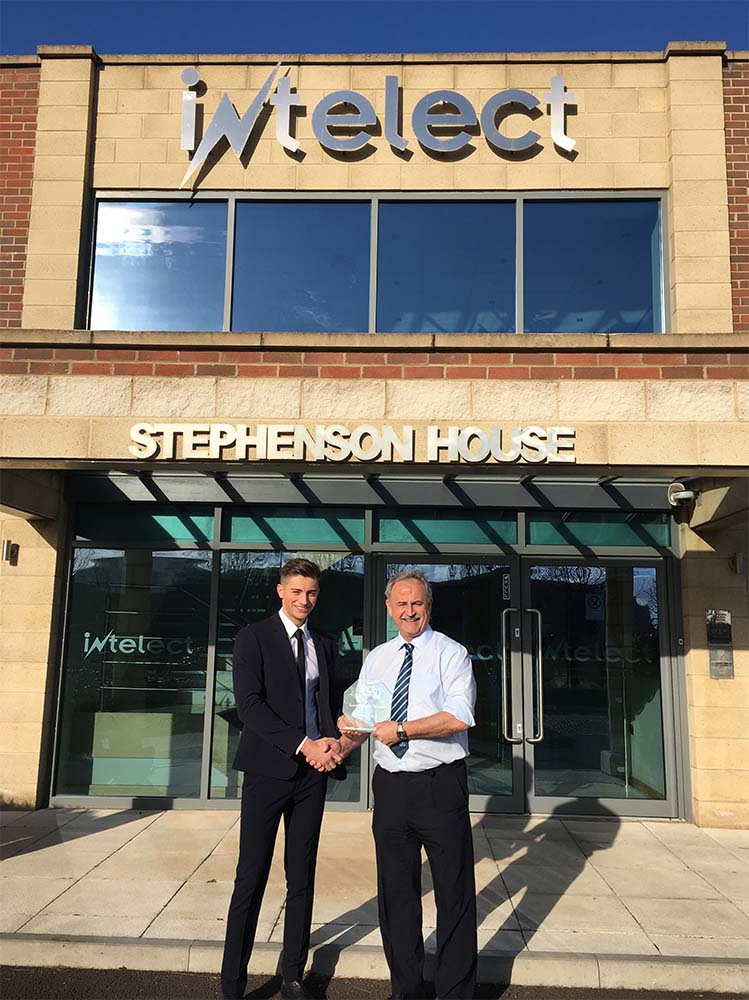 Alex, who is one of 30 apprentices currently employed by Intelect, fought off fierce competition from other final year apprentices in the region, after being nominated by his JTL training officer, Paul Moorcock.

“My apprenticeship was a great learning opportunity for me, as it not only gave me workplace skills, but also life skills too. It’s helped me get one step closer to my end career goal of becoming a Chartered Engineer”, said Alex.

“Winning the award definitely came as a surprise to me, but it’s nice to be recognised for all of my hard work” he continued.

His training officer, Paul Moorcock, nominated him for the award after being impressed by his progress over the past 4 years. “Alex was always very proactive in completing his apprenticeship, he completed his course 6 months earlier than expected”.

“He has embraced his apprenticeship, and really sees the value it contributes towards his future progression” he added.

Alex plans to continue his career with Intelect, and has recently started a degree apprenticeship in Embedded Electronic Systems Design, eventually hoping to become a Project Manager.

Following his success in the North East heat, Alex will continue to the next stage of the awards, where he will go up against the winning apprentice from the Yorkshire region, to decide who will go to the JTL National Awards in London on the 6th of June 2019.

Alex was presented with his award at Intelect’s Head Office in Riverside Park, by JTL’s Regional Manager, Brian Mills, and will find out in the coming weeks if he has been successful in the next stage.

Middlesbrough based engineering company, Intelect have been working with JTL for over a decade, working together to train over 50 successful Electrical Apprentices in this time.