To mark National Apprenticeship Week, Intelect were proud to celebrate the event by hosting their own internal apprenticeship awards ceremony in memory of former employee, Charlie Baker.

The internal award, which was launched back in 2015, was created to recognise the hard work and achievements of their apprentices, and is fittingly named the ‘Charlie Baker Apprentice of the Year Award’, dedicated to the former employee who sadly passed away in 2014.

Throughout his time at Intelect, Charlie was a huge asset to the team, and often played a large part in the development of apprentices, taking many of them under his wing.

This year, Business Administration Apprentice, Ella Tebble won the coveted award, which was presented to her by Charlie’s wife, Janet and his son, Beau. 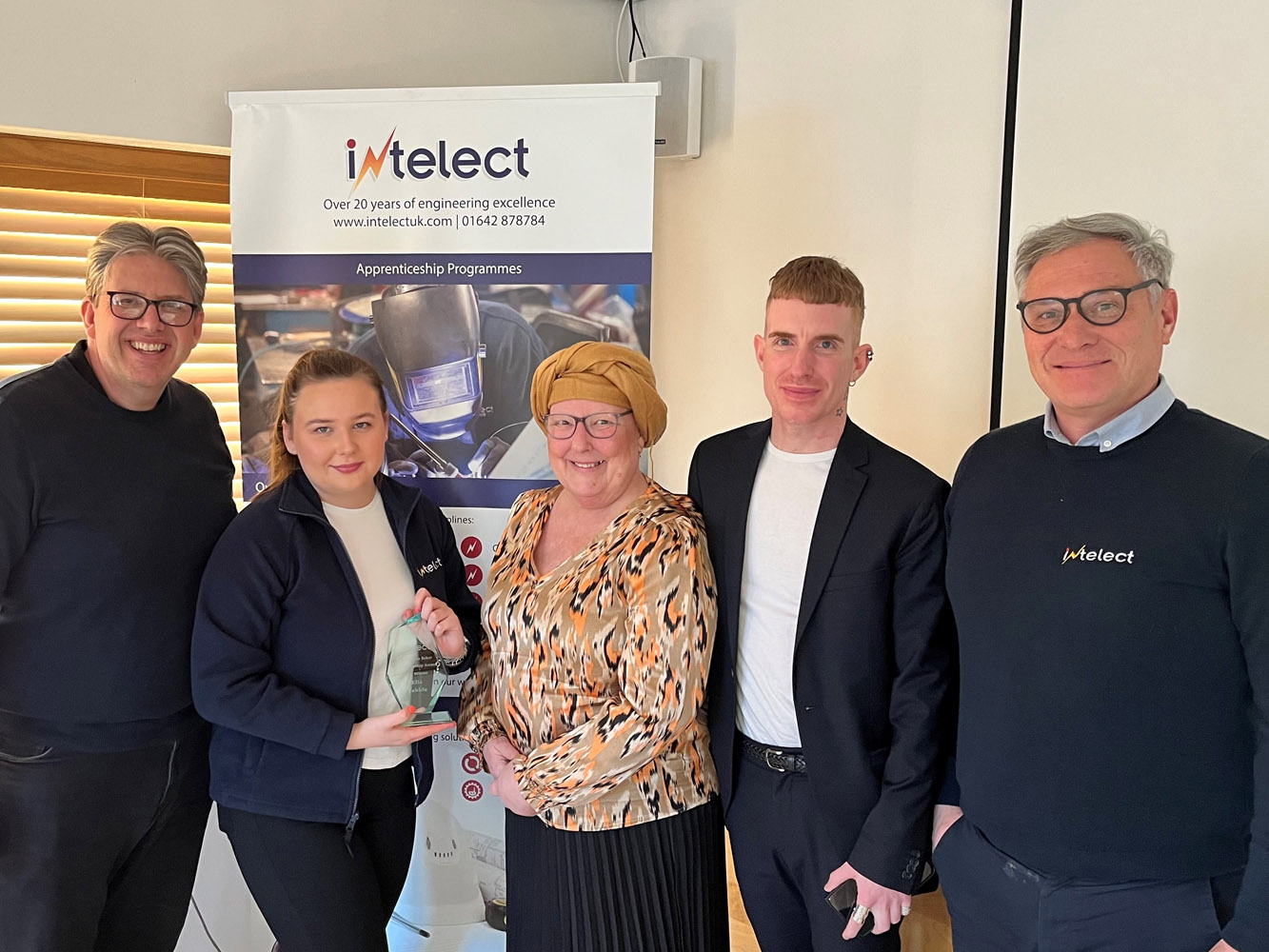 Ella is the first female to win the award and was delighted to have received it, saying, “Being awarded the Charlie Baker Apprentice of the Year award, has made me feel so much more confident in what I do and it’s shown me that people do believe in me.

“After leaving school, I was worried about how I would fit in to a working environment and the challenges and responsibilities I would face, but I can now say that I feel I have grown as a person thanks to the help of my team who have encouraged me every step of the way.

She continued, “they have taken me out of my comfort zone and have thrown me into situations which have allowed me to prove to myself that I am capable of achieving my goals, and they have actively taken the time to train me, which I am grateful for. I now look forward to finishing my apprenticeship and seeing what my future holds within the company”.

Alongside Ella, there were also two highly-commended awards presented at the event. Jordan Whelpton, Accounts Apprentice, and Callum Dale, Electrical Apprentice, also received an award for their hard work and efforts throughout the year.

Intelect Managing Director, Fran Cormican said, “It’s fantastic that we are able to welcome back Janet and her family to present the award again this year. Due to Covid, over the last couple of years we haven’t been able to host the awards in their usual fashion, but it’s great to be able to once again celebrate our apprentices, and Charlie’s memory, especially with it being National Apprenticeship Week”.

Apprenticeships have been the backbone of Intelect’s workforce since they launched their programme back in 1998, and since then over 100 apprentices have successfully qualified, with 54% of them still working for the company today.