Our business success is driven by our award-winning workforce and high retention rates of talented individuals. Take control of your future and join our team…

Our award-winning apprenticeship programme has been recognised on local and national levels, and continues to set industry standards. Working in collaboration with our specially selected training partners, we can ensure you earn and learn, whilst providing a secure career pathway.

Inspiring the next generation into the engineering sector is one of our main aims, why is why we try and offer work experience opportunities to as many young people as possible, whether that be through collaboration with our charity partners or directly.

At Intelect, we have over 25 years experience in providing engineering expertise to process industries.

Intricate control panels, to the fabrication and refurbishment of specialised heavy industry equipment. 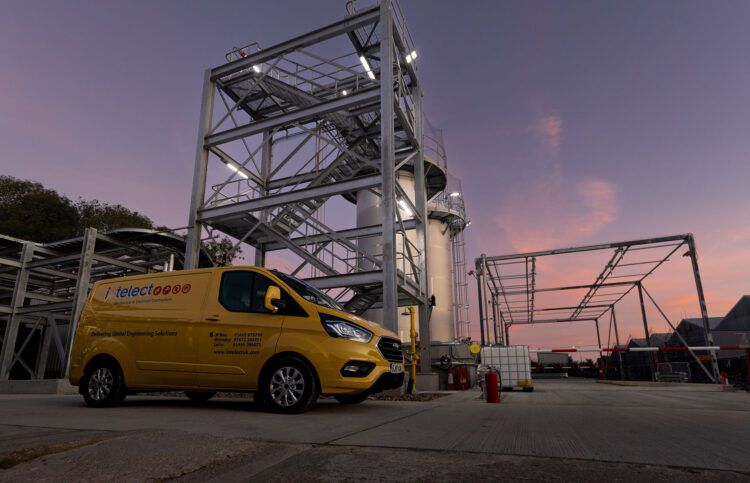 A lot of the work we do is confidential, as a result we are limited in some of the work we can show through our case studies. If there is something in particular you would like to know whether we have the capacity to do, please don't hesitate to get in touch. 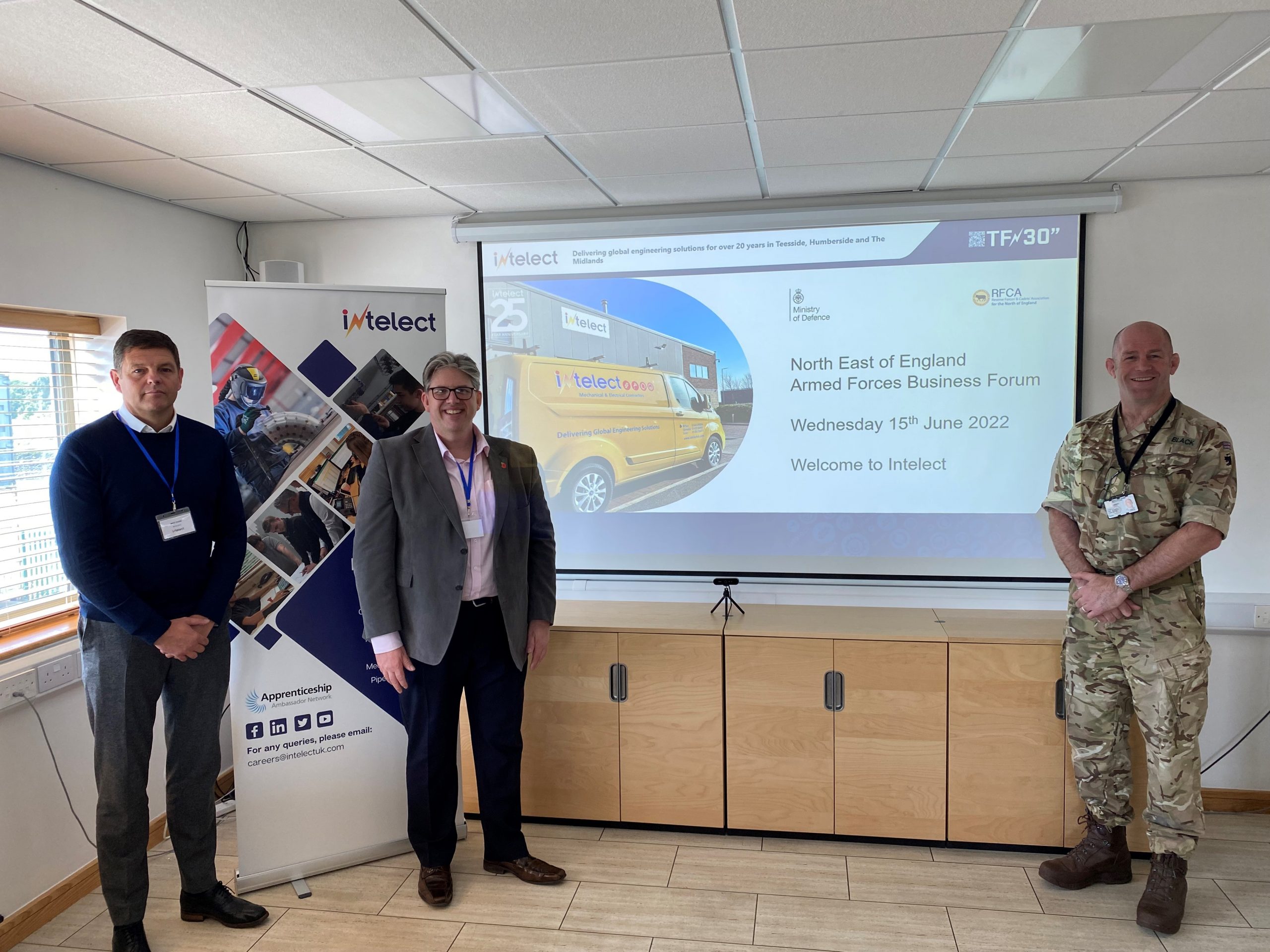 Intelect were delighted to host the North East Armed Forces Business Forum for June, which saw over 20 regional businesses come together to discuss how they can better support those who serve, or have served, and their families.

All of the companies who attended the forum, held at Intelect’s three-acre site on Riverside Park, Middlesbrough, are also signatories of the Armed Forces Covenant, which aims to ensure that those who serve, or have served, and their families, are treated fairly and with respect in the communities, economy and society they serve.

As a Forces friendly employer, engineering company, Intelect received the Armed Forces Covenant Employer Recognition Scheme Bronze Award in 2021, and they are currently nominated for a Silver Award, which they hope to obtain in 2022.

The scheme highlights employers who pledge to support the Armed Forces community, including existing or prospective employees, something Intelect has done since the company was launched back in 1997.

Now, 25 years on, Intelect continues to support Veterans, Reservists and other members of the Armed Forces, including former Warrant Officer Class 2, and now QHSE Manager at Intelect, Mike Cook.

When asked why he felt it was important to support the Forces community, Mike said, “Our Armed Forces and Veterans make huge sacrifices and commitments, and I believe as a society and business community, it’s important we recognise the contributions they have made, and support them into civilian employment.

“Intelect continue to do this, and have been a great employer from this perspective, especially when it has come to helping me transition into the H&S industry and further my knowledge. They are also hugely supportive when it comes to providing opportunities to Veterans and Reservists, and continue to support the Armed Forces community through the likes of the Business Forum and Employee Recognition Schemes”.

Lieutenant Colonel Andy Black REME, Head of Engagement for North East and Yorkshire was present when Intelect signed the Armed Forces Covenant back in 2019, and was happy to be back for the Business Forum, saying, “It was a delight to visit Intelect, four years on from when they signed the Armed Forces Covenant. Hearing from their Director, John Thompson about the strides the organisation has made to support Service Leavers, Reservists and Armed Forces Charities is inspiring and I sense there’s much more to come from Intelect.

He continued, “Teesside as a region is hugely supportive of the Armed Forces, many of those that serve in the Royal Navy, Army or Royal Air Force come from the region, and return to the region after their service with a tremendous skillset.  It is great to see employers in Teesside championing those that serve or have served.”

Intelect Director, John Thompson said, “It’s fantastic to see that so many North East businesses are supportive of the Armed Forces community. We want to ensure that as a company we are providing as much support and opportunity as possible, especially when it comes to those looking to start a second career.

“There are so many transferable skills and qualities that former Forces personnel can bring to a business, and it’s really important that companies recognise this and provide opportunities of employment.”

The North East Armed Forces Business Forum (NE AFBF) is aimed at bringing together representatives from the Ministry of Defence and North East employers, to tackle challenges and explore opportunities. The events are delivered as information sharing sessions, acknowledging the excellent work that is taking place across the region. It also recognises that there are issues that still need to be addresses, some of which could benefit from business, University and MOD intervention. It is hoped that all invested parties will form a platform for collaborative solutions to support the Armed Forces Communities.

If you are interested in becoming a signatory of the Armed Forces Covenant, please visit: https://www.armedforcescovenant.gov.uk/