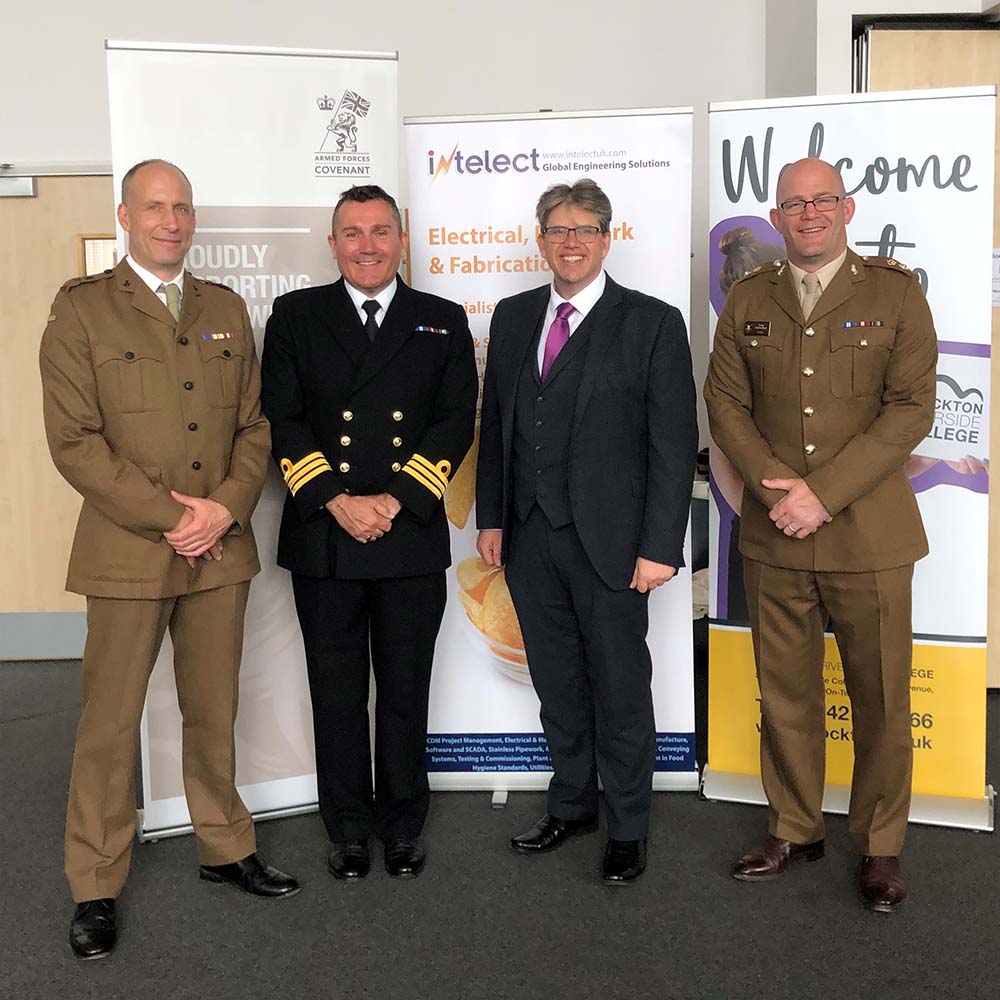 John Thompson meets with members of our Armed Forces

Intelect, along with many other Teesside based businesses, have pledged to strengthen the relationship between local communities and the military, through the first Teesside Mass Armed Forces Covenant Signing.

The signing took place at Stockton Riverside College on Wednesday 29th May, with 9 companies in attendance, including Intelect, Casper Shipping and Darlington Building Society to name a few.

Intelect Director, John Thompson said “We are proud to be signing the Covenant today. The bravery and sacrifice that armed forces personnel in our country give on a daily basis is truly admiring. We want to ensure that as a company we are providing as much support and opportunity as we can for veterans as they start to build a new life in employment”.

Lt. Col Nathan Teale spoke about the benefits that the Covenant brings, “There is growing support for the Covenant in the region. This support genuinely matters and is championed by great ambassadors and employers who help seize the opportunity as our Service personnel transition from Service into the local labour market.

They also support our Reservists by allowing them to attend annual training across the globe, which has direct benefit to their employer. Lastly but by no means least our cadets are also supported, where the vast number do not follow a Forces career pathway, by seeking apprenticeship opportunities” he continued.

Having already been a strong advocate for supporting the Armed Forces, Intelect is proud to join the growing number of organisations that have already signed their pledges to recognise the value of the Armed Forces community.

Any cookies that may not be particularly necessary for the website to function and is used specifically to collect user personal data via analytics, ads, other embedded contents are termed as non-necessary cookies. It is mandatory to procure user consent prior to running these cookies on your website.