In November 2017 Intelect UK Ltd were chosen by MM Bentley as a key electrical installation supplier for a proposed upgrade of an existing borehole water treatment plant at Murton Berwick Upon Tweed. A new water treatment works consisting of pressure filters and chemical dosing was to be constructed off line alongside the existing works and required to be operational by late 2020. Given the relatively short timeframe Intelect were invited to a ‘Design Sprint’ at the Seaham hub where other key suppliers worked collaboratively to formulate an outline design to which prices could be calculated formulating a target overall costs for the scheme. Over the following 14 months MMB designers in Cambridge produced an electrical installation scope and drawing package, this package was received by Intelect for final pricing and an NEC3 Option C design & construct contact was awarded a short time later.

Prior to commencement of site works detailed electrical termination and loop drawings were prepared by Jamie Colledge, these drawings were reviewed and signed off by the clients appointed electrical engineer Dave Bell. Dane Steel was handed the responsibility of supervising the site works and a small team of electricians were assigned to the project with Andy Rudd being in overall charge. 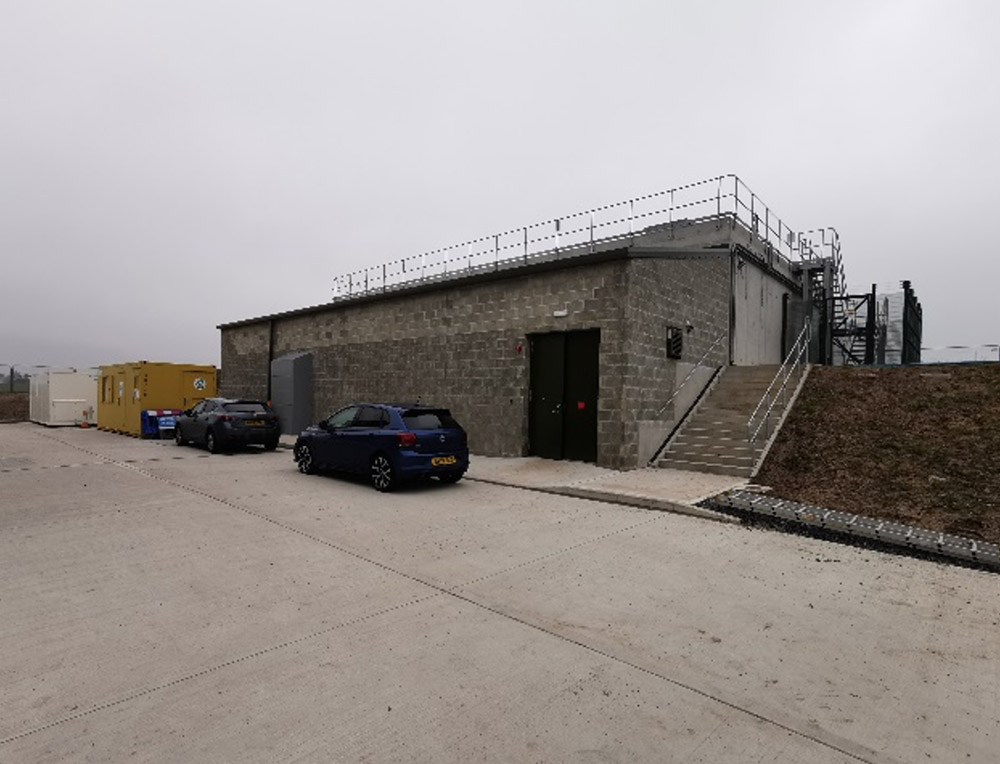 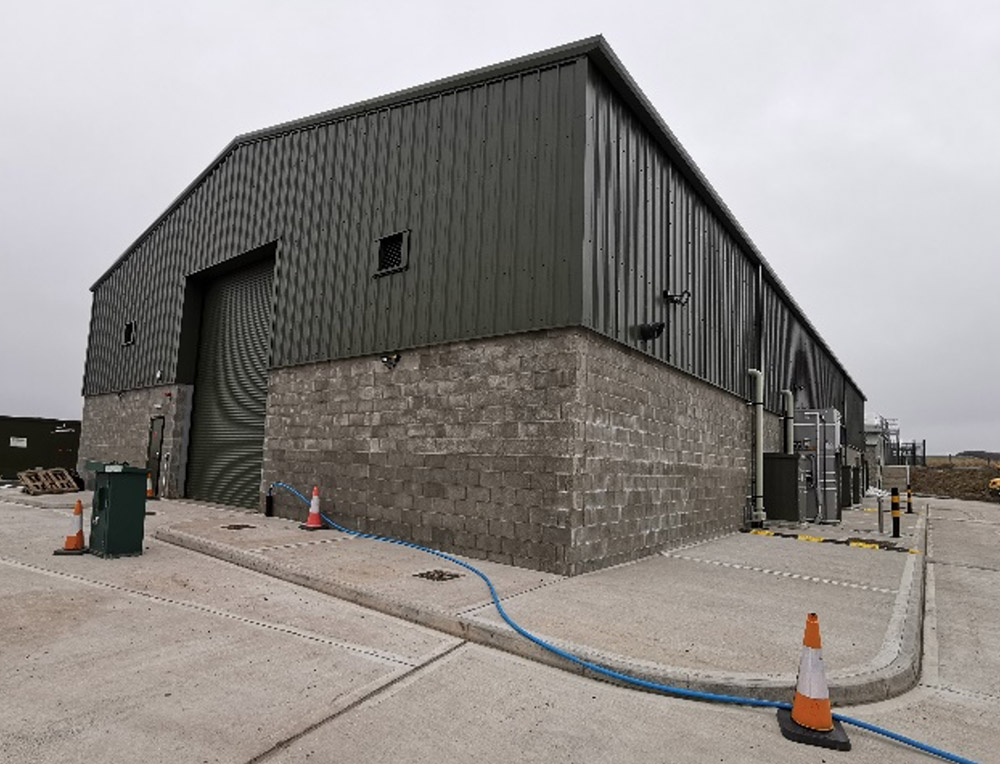 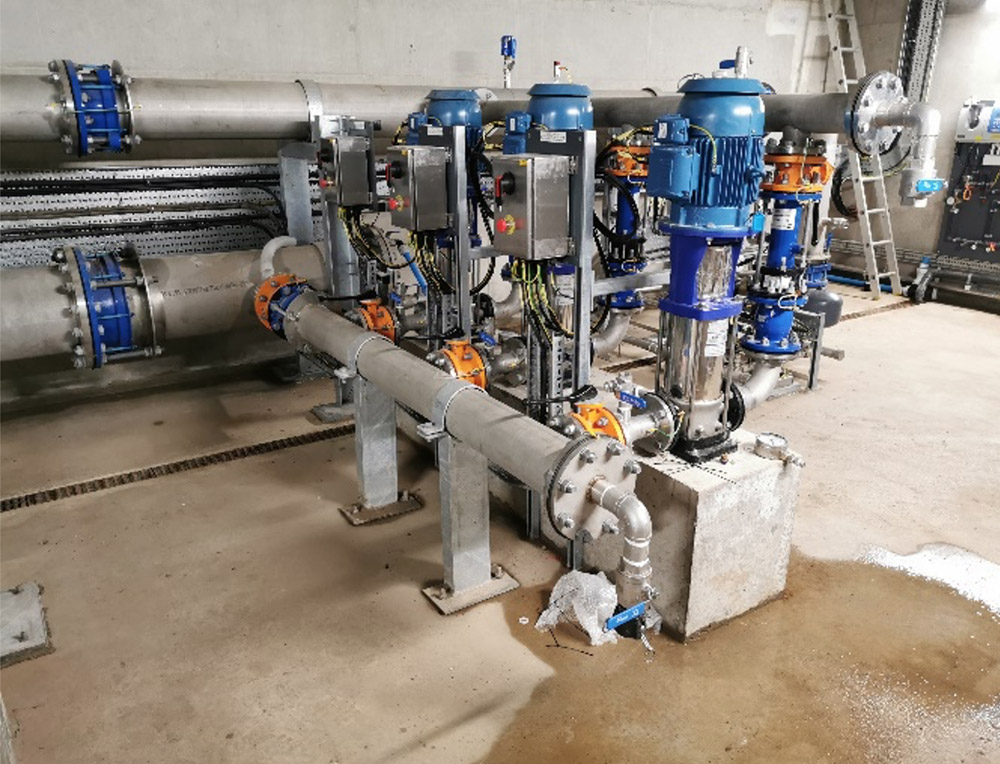 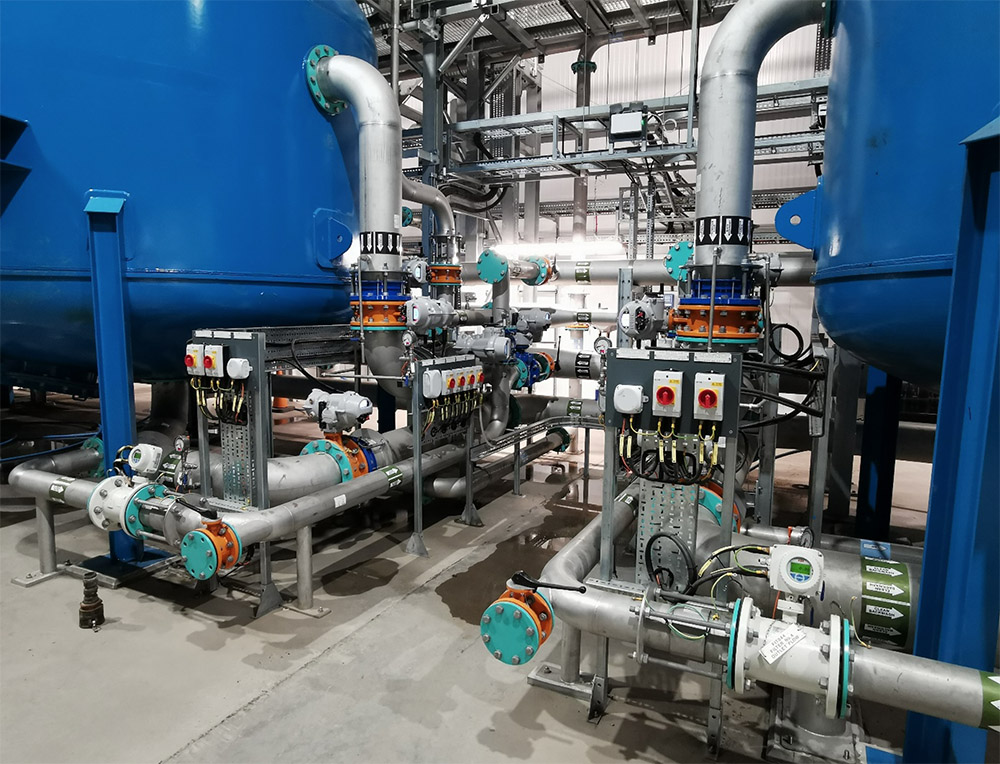 Work progressed through the remainder of the year within the treatment hall building and come the Christmas shutdown we were ready to move across to the adjacent High Lift Pumping Station. Between January and March the electrical work within the pumping station was completed enabling the MMB commissioning team to start their testing. It was towards the end of this period that the COVID-19 Pandemic arrived in the UK which had a dramatic effect on the day-to-day progress on not just this project but all other works within Intelect. After a temporary suspension of site works Dane and his team returned to site to see out the remainder of the internal installation works.

At the start of spring our attention turned to field equipment located external to the treatment hall and pumping station, these works included the Waste Water & Contact Tanks, De-Chlorination System and external lighting. Local containment and isolators were mounted then cables we installed through underground ducts, terminations were completed by late May leaving only the external lighting left to essentially complete our works. During the early part of this period we were still working under lockdown conditions but as restrictions started to ease the site team were again able to book into local overnight accommodation allowing for more efficient working and less miles on the road. External lighting and final snagging was completed in late June, the site then went through an evaluation period which at time of writing is still ongoing.

We have received positive feedback for the quality of the electrical installation from both MMB and the end user NWG which is a credit to Dane Steel and his site team, they have all delivered a first class performance under sometimes unprecedented difficult conditions. A total number of 4750hrs were worked on site with no reported incidents or accidents, a great achievement. Another member of the Intelect team ‘the unsung hero’ is Jordan Whelpton - Jordan has had the unenviable task of keeping a commercial eye on the project, providing MMB quantity surveyors with monthly payment applications and the difficult task of answering many queried during the final audit sign off.

My personal thanks to Dane Steel, Andy Rudd, Jamie Colledge and Jordan Whelpton plus all others that have worked on this project.